@0420ETH has responded to our questions and they are in our review once again.

This will be a long-term, sustainable and evolving effort.

Marijuana, as a plant that exists in nature, has actually been used in a medical context for hundreds of years, as detailed in a historical Chinese medical book “Ben Cao Gang Mu”, while in recent times, most people have learned about this plant through recreational purposes, but since 2000, more high-tech and professional research has been conducted to discover Today, the plant is legal for medical use in many regions around the world because of its rich and potentially great medical value, and we believe that more regions will continue to include it in their legal medical use.

Through its special recreational nature, there are many supporters of this culture around the world, and we have worked hard for many years to gather many supporters and educate them scientifically, so that people can have a more professional understanding of it, and it can be developed in a more standardized way, and gradually change from what people understand as recreational to a health concept. We believe that this is a long-term, sustainable project, because the concept has a large number of supporters and has significant implications for the future development of the medical and health field.

At the same time, we are a professional organization that has transformed itself from a hobbyist to a research and development organization, and we are not only studying and researching the future of the medical field, but we are also focusing on the entire Marijuana industry, including construction, environmental protection and other fields, and we hope to use our knowledge and ability to influence more people, change people’s perceptions and even change the future together.

For example, other areas we focus on - environmental protection

Industrial hemp and can replace the traditional plastic?

Conventional plastics contain endocrine disruptors, such as BPA, which can interfere with the body’s endocrine (hormone) system. This imbalance of hormones in the body can stimulate the development of tumors. Endocrine disruptors can also leach into the soil and groundwater, damaging the natural environment and health.

One of the best features of hemp plastic is that it is biodegradable. While regular plastic bags take hundreds of years to degrade, hemp plastic takes only three to six months to degrade. When it comes to disposable products such as plastic straws, hemp will be the ideal alternative.

Plastics made from hemp are 5 times harder and 3.5 stronger than polypropylene (polypropylene plastic, which is widely used as a raw material in craft products, such as plastic bowls used on a regular basis, etc.), which makes hemp different from other manufacturing materials. Hemp plastic is not only stronger, more durable and stronger, while lighter in weight.

3, the production process is environmentally friendly and non-toxic

Compared to the traditional plastic manufacturing process, the manufacturing process of hemp plastic is much less harmful to the environment. Traditional plastics are made from fossil fuels extracted through hydraulic fracturing or fracking. Fracking is a process in which deep rock formations containing oil and natural gas are broken up by high-pressure fluids. While energy companies present fracking as a “clean” method, the truth is that fracking can pollute the air, contaminate the soil, and produce harmful toxins. Using industrial hemp to make plastic and extracting the cellulose from hemp is much more environmentally friendly

Some of the chemicals in conventional plastics are potentially carcinogenic and can destroy human immunity. Non-food plastics contain polyvinyl chloride, which, when heated, can produce dioxins and other harmful substances that cause liver, central nervous system, blood system and other diseases. Plastic burning also produces toluene, which can lead to blindness and vomiting. Plastic made from industrial hemp does not have these “toxicity”

Plastics are generally made from polymer chains composed of petroleum products, which make them transparent, durable, strong and other advantages that bring a lot of convenience to people’s lives. However discarded plastics take hundreds of years to be biodegraded, and in the process, the greenhouse gas carbon dioxide is released. The high cellulose content in industrial hemp can replace the synthetic materials needed for plastic polymer chains. To make hemp plastic, cellulose is extracted from the stems of industrial hemp plants and used to complete the polymer chains and combine with a catalyst to accelerate polymer replication. Then, it is mixed with additives and heated to make it more pliable. After cooling, the resulting hemp plastic is typically cut into pellets and shipped to manufacturing plants. Hemp plastic can be used in almost any area where traditional plastics can be used

How is plastic made from industrial hemp?

Plastics in general are made from polymer chains made up of petroleum products that make them transparent, durable, strong, and bring a lot of convenience to people’s lives. However discarded plastics take hundreds of years to biodegrade and in the process, release the greenhouse gas carbon dioxide. The high cellulose content in industrial hemp can replace the synthetic materials needed for plastic polymer chains. To make hemp plastic, cellulose is extracted from the stems of the industrial hemp plant, which is used to complete the polymer chains and combined with a catalyst to accelerate polymer replication. Then, it is mixed with additives and heated to make it more pliable. After cooling, the resulting hemp plastic is typically cut into pellets and shipped to manufacturing plants. Hemp plastics can be used in almost any area where traditional plastics can be used

Historical traces of industrial hemp as an alternative to traditional plastics.

Also in 2017, Plastics News (USA) reported that the Lego toy empire has been using primarily plastic resins (acrylonitrile butadiene styrene), but by 2030, they want to use a more environmentally friendly, cost-effective material that is most likely industrial hemp plastic.

Lego project manager Allan Rasmussen told Plastics News, I need to find a material that will be just as good in 50 years because they are passed down from generation to generation, and a new material like industrial hemp plastic should be able to form blocks that are indistinguishable from actual plastic blocks. In addition, even Porsche announced that its new sports car will feature body parts made in part from hemp 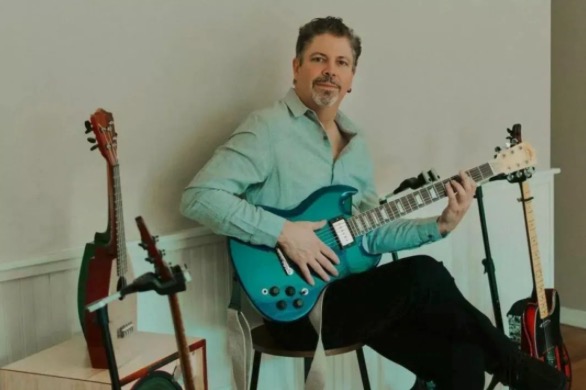 On June 11, 2019, a Forbes News report even reported that Morris Beegle, the founder of Colorado Hemp Company, makes musical instruments from hemp plastic 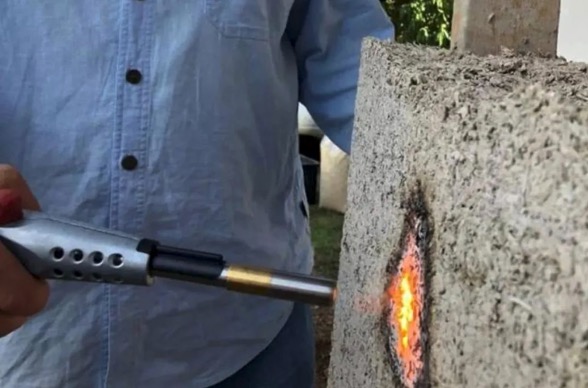 Hempcrete is a building material made by mixing hemp stems with lime and water. Once dried, like traditional mortar, it has amazing properties and is almost non-combustible, the gas flame to burn Hempcrete, the result after ten minutes of high temperature, Hempcrete slab also did not burn!

Hempcrete was first discovered in France in the 6th century. It is a composite material made from the internal “wood” (wood) part of the hemp plant combined with water and lime.

The interior of the “wody” of the hemp plant contains a large amount of silica, which is unique to hemp compared to other natural fibers. This silica allows everything to be tightly bound together to create what is called Hempcrete.

Hempcrete is a lightweight cement-like material that is one-eighth the weight of concrete, but ten times stronger. So Hempcrete is pretty strong! Historically there are Hempcrete buildings that have been around for 14 centuries.

The value of industrial hemp as a building material

Hemp plants absorb large amounts of carbon dioxide from the atmosphere when they grow. In addition, the production and use of hemp concrete is a very low-impact process, and even considering the transportation and energy consumption of hemp structures, the amount of carbon they absorb over their lifetime exceeds all of that. Hemp concrete walls are also great for insulation. It has greater thermal performance than most conventional building materials, so the people living in the building consume significantly less energy in comparison

Hempcrete has great thermal properties. No matter what the weather is like, buildings built with hemp remain constant in temperature. This is due to the combination of its insulating effect and thermal mass. Therefore, Hempcrete houses are very comfortable, warm in winter and cool in summer.

Because cannabis does not require pesticides or fungicides to grow, it is much less damaging to the environment. Conventional construction uses a lot of synthetic and potentially toxic materials. These substances can cause moisture, mold and mildew, and also release toxic chemicals. Once placed on the wall, hemp concrete does not release toxins or gases into the interior space. Lime binder mixes are also anti-fungal and stop bacterial growth

Cannabis concrete blocks will scorch slightly when burned, but they are more fire resistant than regular homes. Depending on the size and thickness of the blocks, they can usually be kept burning for up to two hours without catching fire.

As we said before, we have gone from a group of hobbyists to a group of professional researchers through years of study and hard work.
Perhaps most people’s perception of Marijuana has now started to gradually change from smoking to CBD and medical related, which proves that people will be exposed to good information and learn from it, just like the earliest cryptocurrencies, which were not recognized at first, have now gained an important place and value in this world.
It’s like we’re taking a group of guys that people define as “stoners” and changing them into members that are important to the development of human health care.

Man , This is really just a small part of it. Medical, environmental, and many more related industries will flourish in the future, and we expect more ApeDAO members who share the same vision to develop together with us.

@0420ETH has responded to our questions and they are in our review once again.