Corruption in the DAO

Currently the DAO is corrupt, the board should be immediately removed and the cartan group should be fired for breach of contract. They are attempting to state a vote pursuant to the contingency in AIP-1 to allow for a vote to remove a board member is now contradictory to AIP-1 when it is literally a part of AIP-1. That is so convoluted and foolish I can’t even begin to explain how corrupt it is. My proposals to allow the community to vote to remove a board member are not making changes to AIP-1 as AIP-1 was not a vote on the current board members and in fact states that this vote should be aloud. 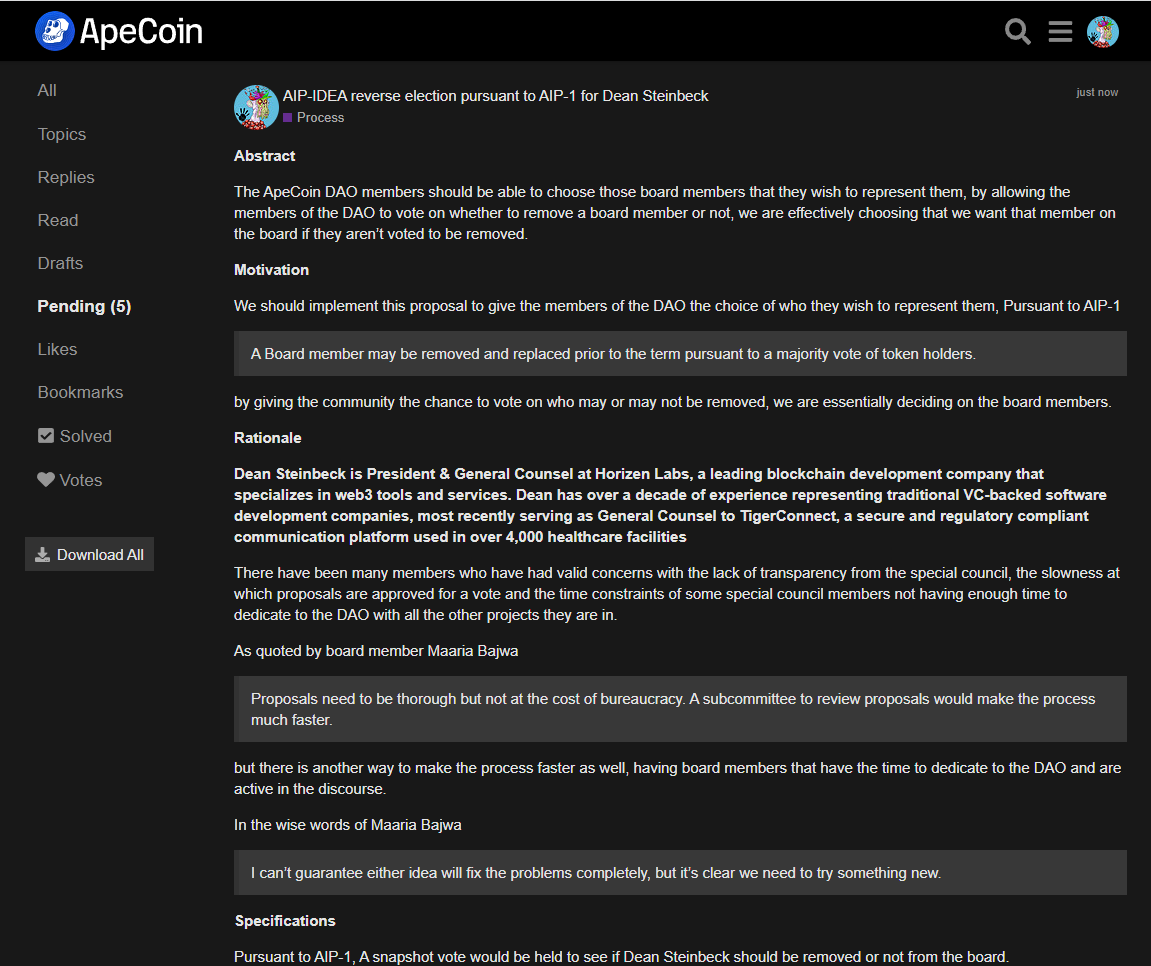 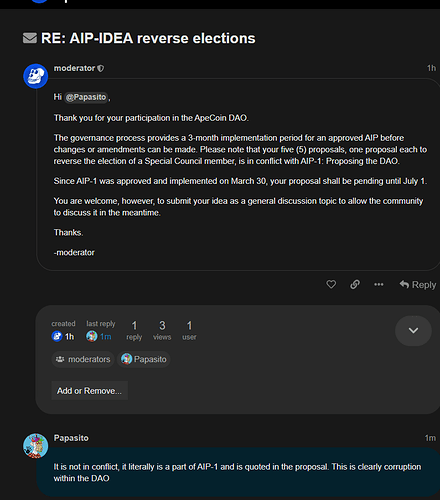 It does seem like the language of AIP-1 would allow for removal of a board member before the 3 month term. The vote should be allowed.

I agree that this is not at all in conflict with AIP-1. I am not sure how the moderator responding has logically justified this with the 3 month rule, it is black and white clear in AIP-1 that a majority vote can remove and replace a board member. It does not specify a time frame or waiting period for such a vote to take place. Maybe you have to propose a replacement???..

Sadly I don’t feel another proposal to change the hierarchy of the DAO would get anywhere. As much as it pains me, I will be following through with the AIPS I have already started and then taking a step back from the DAO to gain some clarity on the situation and to de stress.

This may be splitting hairs here, but perhaps it’s the language that was used? You mentioned reversing the election, but what you’re proposing is in fact outright removal of a member.

There was no election, the ApeCoin site makes mention of this special case, and that after 6 months there will be a new election. 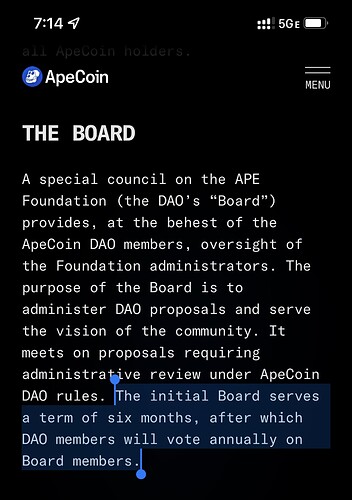 So if in this case removal is your goal, perhaps resubmit the proposal with specifics as to why you are recommending removal for the individual members?

If you could read the proposals I wrote you would see that is not the language I used, I say that it is essentially an election if we are able to vote to remove them and choose not to, that it is an election in all but name.

AIP-1 does not require specifics for grounds for removal, it states that a board member may be removed pursuant to a vote of the majority of token holders. No where in the AIP does it state there must be a reason to hold this vote.

Although there are many reasons in my opinion.

I think there may be some confusion with the wording “in direct conflict” and what it means here.

I believe it means:
3 months time must pass before a new AIP can be proposed that in any way proposes a change to anything in a recently passed AIP.

Since it hasn’t been 3 months since AIP-1 was passed, and it did pass, you will have to wait to propose your AIP.

Technically, your proposal would be “in conflict” or in other words “proposing a change that directly changes something in an AIP that was passed less than 3 months ago.”

This is implemented to safegaurd future AIPs that pass so one can’t just make an AIP or start a vote to change something that was just put into action.

This case is just an oddity because it is the first AIP and the DAO is so young yet.

What I would like to know is why we are all here guessing as to the logic!!? Someone should have responded to explain and quelch any misunderstandings. @moderator should have replied to this already. I do not like finger pointing, but why should we all be guessing about this. It should be explained.