Professional Background: Josh Friedberg is a former professional skateboarder, co-founder of 411 Video Magazine, and co-creator of Innoskate in conjunction with the Smithsonian’s Lemelson Center for the Study of Invention and Innovation. Since 2015, Friedberg has served as Executive Director of the International Skateboarding Federation (ISF), Skateboarding Director at World Skate, and from 2019-2022, CEO of USA Skateboarding. Josh has worked with the International Olympic Committee (IOC), Tokyo 2020 Organizing Committee (TOCOG), and the United States Olympic & Paralympic Committee (USOPC) to help bring an authentic representation of skateboarding as sport, art, and culture to the Olympic Games in Tokyo 2020 and beyond. In 2021, Josh co-founded Kai Roses, Inc. Focused on Artificial Intelligence (AI), Deep Learning, and Web3 technologies, the company is structured to incubate startups and introduce springboard learning opportunities to young people so they can thrive during the 4th Industrial Revolution.

I’m running for Special Council to utilize the experience I’ve gained as a professional in skateboarding, event production, media, and the Olympic Movement, because I see a huge opportunity to foster engagement with culture-based communities and create another layer of passionate support as we work to strengthen the ApeCoin ecosystem globally.

The First Trip showed a tiny glimpse of what’s possible when it comes to creating immersive shared experiences in the metaverse. Beyond just the games that will be built on the platform, I see an opportunity to create deep global connectivity and a place to call home for virtually every subculture on the planet – all powered by ApeCoin. But for this to happen we need to build relationships beyond Web3 and I want to use my role on the Council to create a bridge for culture-based communities to engage the ApeCoin ecosystem.

I’m an NFT degen – I’ve been engaged and learning everything I can about the space for nearly two years and have developed a broad understanding of the NFT space as a whole. I’m deeply immersed and invested in the Yuga ecosystem. I’ve launched multiple Web3 projects and I’ve developed relationships across the Web3 space that will help advance the causes of the ApeCoin DAO.

I spent 7 years in the Olympic Movement dealing with the myriad governance challenges that come with introducing a culture-based sport to the Olympic Games at both a national and international level.

I was the Executive Director of the International Association of Skateboarding Companies (IASC), the non-profit trade association for the skateboard industry for 5 years. The work we did bringing business competitors together for the good of the industry as a whole feels very relevant to what needs to be done as we work to grow the ApeCoin ecosystem.

I’ve spent my life at the intersection of art, sport, and technology and I’ve been fortunate to help pioneer some major cultural advances in my chosen world. 411VM connected skateboarders around the globe to what they loved before the internet. Innoskate has brought the Smithonian and skateboarding together in what the National Museum of American History has called their most successful partnership with an outside group, ever. And despite the challenges of the pandemic, skateboarding’s debut in the Tokyo Olympic Games was an incredibly successful watershed moment for culture-based sport. Connecting people and passion in an authentic way has been my strength, and with my passion for Web3 and the ApeCoin ecosystem I look forward to doing the same for the ApeCoin DAO.

Been posting on Twitter, sharing here for ease of discussion:

More about me and why I’m running for Special Council - starts around 1:14:00 – https://twitter.com/i/spaces/1ZkKzXQOPoqJv?s=20

Some thoughts around DAO structure and removing barriers between whales and active participants begins at 1:03:50 – regardless of who winds up on the council, structure and DAO priorities have to lead the way for the good of all stakeholders – https://twitter.com/i/spaces/1YpKkgDnDPEKj?s=20

Hi @badteeth, I am asking all candidates these same questions:

Thank you, I appreciate the questions and I’m interested to read everyone’s responses.

I’m determined to use the power of the DAO and Web3 ethos of empowering creators to bridge the gap into like-minded communities and onboard one million new creative and resourceful holders into the ApeCoin ecosystem in two years.

Yes, I agreed with you after couple weeks of reading and learning about the ApeCoin DAO. It is obvious because the current structure of the ApeCoin DAO is administered by the Cartan Group LLC with different priorities and management styles. They have done a great contribution to the ApeCoin DAO but it is just structured differently. Eventually, the ApeCoin DAO must have its own leadership team and better defined structure.

I’ve seen first hand slippery slope decisions that lead to a complete loss of control by communities. If $APE holders aren’t pushing towards decentralization in a meaningful way then we’re done as a DAO.

the intersection of art, sport, and technology

This is a super interesting intersection for me. I know NounsDAO has a huge initiative towards “extreme” sports, which leads me to my larger question: How would you expand ApeDAO into other communities for mutual benefit?

Then the question I ask everyone: How do you connect the motivated builders and devs who don’t want to be shillers/influencers to the people necessary to fund and expand projects?

When I discovered NFTs in the beginning of 2021 it felt just like when I discovered skateboarding as a kid. A small group of intensely creative and driven people, sharing their own language, building their own customs, and learning together while exploring an incredible world changing by the second. It lit a fire in me that I didn’t expect to feel again in my life.

The DIY attitude of culture-based sports like skateboarding, snowboarding, surfing, BMX, parkour, breakdancing, and more share the same ethos and core-tenets we champion as decentralization in the Web3 space.

As soon as we can introduce the millions of people in these culture-based communities to the ability of blockchain to empower and reward creatives and contributors, while entertaining them and opening their eyes to new creative outlets they will be hooked – and I believe ApeCoin and the Otherside are the perfect lure.

The video company I co-founded, 411VM, succeeded in becoming a staple of skateboarding because we connected people with their passion the world over. What started as a video magazine every two months, grew into 30 full-length projects a year, produced by 40 in-house employees and 200 freelancers, distributing hundreds of thousands of videos to 60 countries monthly.

We created an ecosystem that supported contributors on both sides of the lens while entertaining millions around the world – the opportunity to create this circular economy in the metaverse powered by ApeCoin dwarfs what we were able to achieve with VHS tapes and DVDs.

Building metaverse hubs for culture-based sports, based around community and content will create the interest and engagement we need. Token-gating experiences with ApeCoin both on the Otherside and IRL, coupled with ApeCoin education, onboarding, and incentives will give millions a fun first experience with blockchain and the token that will, “drive culture forward into the metaverse.”

With regard to your second question – as a founder and dev I recognize the challenges of finding talented people that can execute in this space and we’re going to need a ton of good ones to build all of the tech, content and experiences necessary to make this plan a reality. Creating structure through priority pillars supported by working groups in the DAO will give us a chance to actually search out builders and devs, regardless of follower count, instead of just waiting for them to engage through the currently cumbersome AIP process. There is much work to be done building this incredible future together!

Eventually needs to start now. Thanks for all your contributions and comments lately!

I really enjoyed the discussion this morning with fellow nominees @BoredApeG @heffjobbs and @wrongplace facilitated by the ApeComms team (@Lost & @Amplify in today’s space).

If you want to know who you’re voting for and what they stand for I highly suggest checking out the spaces they’ve hosted with nominees.

As always, open for any feedback here or on Twitter! 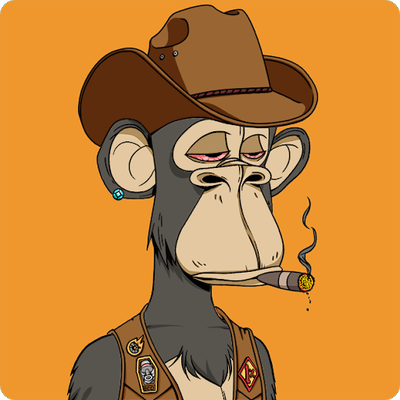 @badte_eth
The best way to understand the candidates running for @apecoin special council is to hear from them firsthand. Excited to speak with the @ApeComms team at 9am PST alongside fellow nominees @BoredApeG @Degentraland @heffjobbs @wrongplace_eth twitter.com/apecomms/statu…

Here’s how we can make a difference together. This is the seed of a powerful idea, let’s figure it out!

Proposal Category: Process Abstract: Thanks to our ape forefathers, we’ve been presented with a unique opportunity – the kairos to change the world together is now. APE will serve as a decentralized protocol layer that drives culture forward into the metaverse, but the DAO must create stakeholder alignment and the structure we need to execute this vision – and that structure must be built around a concise, specific, and memorable mission statement. With a clear mission statement, we can simp…

It has been a privilege to work with @badteeth over the last 72 hours as we attempted to solve the administrative crisis facing the DAO right now.

In our work together he’s shown himself to be professional, knowledgeable and a natural leader. He’d be a great special council candidate. Vote wisely…

This topic was automatically closed after 6 hours. New replies are no longer allowed.