Subsequent to twitter spaces discussion, it seems that there is a scenario AIP-5 staking proposal may lead to a situation where a holder of a large amount $APE coin and only one NFT maybe able to disproportionally gain benefit from the staking rewards. If this is true, a potential solution that was discussed was to place a limit on the amount of $APE coin that each NFT can accural to the pool.

I have personally changed my vote to against AIP-5, hoping to trigger a discussion on this topic to improve clarity on how the staking mechanism works.

I think we may need more clarity, but i think this addresses it. 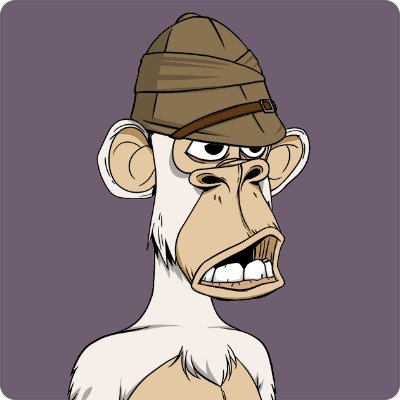 1/ @animocabrands has proposed AIPs 4 & 5, these are live on Discourse for viewing. AIP 4 covers a novel staking mechanism to reward @apecoin and BAYC ecosystem NFT holders. AIP 5 proposes the size of the staking liquidity pools – 17.5% of the total token allocation over 3 years
8 Likes
m3p March 24, 2022, 4:34pm #3

I think that a max ApeCoin cap per NFT would solve these concerns. The bigger concern is that the cap seems material to the proposal, but is not actually part of the proposal. We still don’t know what the cap is and how it’s going to work, but voting is underway in the meantime.

Yeah this is one reason I wish there was a discussion / critique period on the proposals themselves before they go straight to vote.

This was exactly waht I was looking for. I would like to see some specific numbers but I’m In Favor.

I think a general consensus is we need a lot more clarity around exactly how the staking pools work.

Specific questions to answer would be:

Exact caps on how much ApeCoin can be staked per NFT?
For holders with multiple NFTs, can multiple be staked and how many?

These are important to have clarity on because these decisions can alter floor prices, incentives and long term power dynamics.

I also think it would be helpful if the author wrote about what their reasoning was for making certain decisions while considering counterpoints.

This is a great start, but completely agree with the other comments – the cap would need to officially be included within the proposal text (not just within forum notes), and would need to list specific max/min quantities. Any vote for/against should include full details of the staking protocol, including cap quantities.

Latest response which acknowledges the feedback and that the information on the cap will be in the updated proposal.

@ysiu
1/ .@apecoin @BoredApeYC frens first and most importantly we hear you loud and clear. It is difficult to convey over text my emotions butI am both touched, honored and proud of how the community has generally engaged in this discussion #WAGMI #NFT @animocabrands https://t.co/x9Xg1mM7pJ

1/ lots of discussion on @apecoin AIP-4 and 5 proposal https://snapshot.org/#/apecoin.ethI  will aim to address what appears to be the immediate staking question and will aim to articulate these more formally on my medium and given urgency I thought I would share some initial clarification
4 Likes
0xNameLess March 24, 2022, 6:31pm #9

More information and thoughts on this subject from @Garga 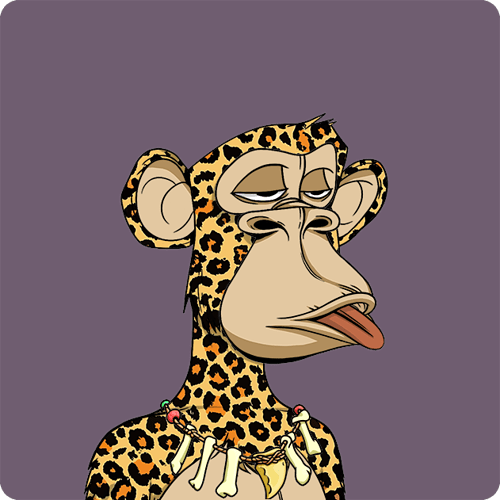 Some thoughts on AIPs 4 and 5

Garga’s thoughts are cogent. If this was an BAYCDAO, where we voted with our NFTs, perhaps less emphasis on $APE would be appropriate. He’s basically saying bc $APEs value/use/demand, etc. is so important to the DAO, holding APE should be what’s rewarded

I shared my thoughts about this in another post. And I very much agree with Garga. It goes as:

We love BAYC, MAYC, and BAKC. But there is something important being constantly forgotten:

Apecoin DAO isn’t Yugalabs, nor is it run by Yugalabs and Yugalabs has no responsibility for Apecoin DAO as they stated.

We need educated people about that first to move forward.

The notion of giving staking opportunities to BAYC, MAYC, and KAYC is an unfair toll on Apecoin DAO.

The %15 airdrop was a fair headstart but Apecoin DAO shouldn’t be subjected to carrying BAYC, MAYC, and KAYC holders through its entire existence.

It is now a decentralized entity that is gifted to the community to run, it can & should rhyme with Yugalabs values and incentives although it shouldn’t constantly supplement it.

Disclaimer: I only hold $APECOIN, so there is a little bit of principal-agent problem there.

So, I would love to hear the opinions of BAYC and MAYC holders.

Should the long-term goals of Apecoin be benefit Ape NFT holders or Ape coin holders? I would hope that the answer would be both. One of the core guiding values laid out in AIP1 is equality. I don’t think that should mean equality amongst NFT holders only. People who choose to invest solely in Apecoin can be just as committed to the brand without holding an NFT. It certainly would be nice to see the possibility to receive more benefits for HODLing Ape coin without holding any NFTs. Owning a BAYC or MAYC should definitely benefit your staking abilities but I don’t think the pool distribution is fair.

According to the proposals, and Garga’s thoughts posted earlier today, it seems clear that while they wanted to reward BAYC NFT holders with the initial claim, they want apecoin staking to reward and incentivize those who intend to stay in the DAO and participate long-term, a reasonable measurement of which they believe is those who hold apecoin long term and are willing to stake it.

As much as I would selfishly like to passively earn apecoin for my MAYC, I do understand their desire for the DAO to provide more rewards to those that intend to hold apecoin long term and participate in governance.

I think it could also be argued there may be more effective ways to do that than just incentivizing people to hold and stake, but I guess we’ll see what happens.

I think incentivizing Apecoin DAO participants to build for Yugalabs and add value is much better than just creating an hodlers game.

Yugalabs already announced that they will adopt Apecoin as their ecosystem currency.

The incentives are already aligned, they are parallel.

A beautiful feedback loop, just like the old days of China and the US economy merge.

There is a reason that both are different entities. So, they should be supplementary to each other instead of direct exposure and funding.

Giving staking rewards to Yugalabs NFTs from an entity that isn’t owned by Yugalabs is just weird and a toll on $APECOIN, it dilutes the power of long term Apecoin DAO adopters those can’t afford BAYC or MAYC and hurts the inclusivity of the DAO for a much wider audience)

Thank you for your input @fiyu And thank you also for your disclaimer. You have given me something to take away and consider more as to how this should be approached.

I think my tiered mechanism is promising. As there is NO way to prevent whales from benefiting most. That’s just a pipe dream, so if we tier the multipliers down with caps, that spreads out the capital across every asset in the ecosystem.

The staking proposal should benefit BAYC OG’s as well as it should benefit people new to the ecosystem that hold nothing other than Apecoins. There is certainly something in the middle between having BAYC whales enjoy all the perks and stripping them away of perks completely. I’m proposing something similar to the following:

Staking multiple BAYC NFTs grants a multiplier UP TO a certain amount. (Example: 1X multiplier for every BAYC owned up to 3. An owner of 10 BAYCs would have three 3X pools and one additional)

Staking multiple MAYC NFTs grants a multiplier up to 5X. This would create buy pressure on MAYCs.

Staking multiple BAKC NFTs grants a multiplier up to 8X. This would create buy pressure on BAKCs as well. An owner of 10BAKCs would receive an 8X multiplier with two additional left over earning on a normal rate.

Staking Apecoin can gain multipliers up to 10X. It would just be a matter of determining how many APECoins would be needed to reach each multiplier level (i.e. should 200 apecoins be 2X or 2,000Apecoins be 2X?)

Following a tiered multiplier framework like this incentivizes every level of holder: BAYC, MAYC, BAKC, AND Apeholders in a fair fashion. BAYC holders should NOT be penalized for being early adopters, but the we all know if you have several BAYCs you’re already “up” financially. Likewise BAKC holders get a bit of trolling and friendly mockery, but deploying a scheme that gives them increased APE multiplier incentives creates desirability for an otherwise “less than” NFT. Apecoiners that lack any of the NFTs will be granted the opportunity for the maximum multiplier should their ape coin holdings allow it.

I think we should start with this above mechanism as a base/general framework, and adjust numbers/percentages from there.

I will try to clarify this as much as I can

it’s about the contributors are assuming that all of us have a knowledge and participating background in Defi and DAO systems.

the language these proposals were written by was too professional, somebody from business school knowledge wrote it down and I appreciate that.

it’s too good for all the levels of the NFT community to relate to and understand, so they won’t truly have their own decisions and voices and will easily get manipulated through social media.

An easy simple words with examples.

we can keep this professional but yet simple and productive
if both 12 years old and 69 years old is not understanding them, we are doing them wrong.

if you disagree we can do a survey on my points and ask the people what they think on social media
because believe it or not, some people don’t know how to get to the [Discussion] section in here

I think that the concept of linking $ape staking with BAYC ecosystem as an access token is interesting and works to maximize value of DAO membership and the coin itself, but without metrics for pool caps, it is hard to assess the potential negative effects on apeholders. Voting no so that we can get those numbers in writing before we approve a blank check of sorts. Bullish on the community really examining these issues from the start. Much love to all involved.

Sup PP. I think this thread is helpful in clarifying but I’m weary of additional information being shared on twitter and then folded into how we perceive the proposals. This tweet makes assertions that aren’t in writing where it matters, and so the clarification still needs to be formalized in a new prop IMO. hbdbtw