This proposal introduces the concept of a “shadow NFT” or sNFT: a copy of an original NFT, ownable only by owner of that NFT, which can be used to prove ownership of said original without requiring interaction with it. It introduces a way for owners of Yuga Labs NFTs (BAYC, MAYC, etc.) to safely store their original NFTs, while granting new functionality to the sNFT which can be moved around and interacted with indiscriminitely without fear of loss.

As described, sNFTs would enable legacy NFTs to be upgraded with new functionality that doesn’t existing in the original contract.

This in turn unlocks new features, and paves a safer path towards NFT-specific staking pools for $APE.

NFTs can provide great utility, but present a security risk

There are many reasons why proving ownership over an NFT is useful. Examples include:

Keeping valuable NFTs in accessible wallets (hot wallets, even hardware wallets) opens the door to loss or theft. If you keep your valuable in an NFTs in a wallet that regularly interacts with smart contracts, is used for signatures, etc. each interaction is a potential moment for loss or theft. As Yuga Labs prepared to launch Otherside, their Instagram account was hacked and sent people to a fraudulant Otherside minting site, which then stole the NFTs in their wallet.

Author’s Note: I believe this happens partially because we are conditioned to keep our valuable in NFTs in accessible wallets as they are used as keys to other things

The best security to protect valuable NFTs is to put them in wallets that make it hard to get them out e.g. Multi-signature wallets and Hardware wallets that aren’t used for signatures or interact with smart contracts. Keeping NFTs locked away prevents their use for any other functionality or features. To use the above features, the NFTs must be kept in an easily accessible wallet or you can miss out on being able to use them.

While by design, BAYC or MAYC NFTs are not upgradeable and cannot be given new features. This means that even if the community desires new functionality to be added, it’s simply not possible. e.g. if the community wants to enable soft staking (non-custodial) for an NFT that didn’t program that in ahead of time, it’s not possible.

There is a desire within the ApeCoin community to enable additional $APE staking rewards for owning a Yuga NFT (BAYC, MAYC, BAKC). However, staking the NFTs themselves would present a security risk. In Yuga Labs’ Garga’s own voice from his blog post on the subject:

First off, I don’t want to see NFTs become locked away in “staking” contracts or really any kind of contract. To me, that goes against the ethos of the APE ecosystem. Your NFT is/can be your metaverse identity. That shouldn’t be something that gets locked away in a contract. I think members should have custody of their own NFTs. Whatever happens here, I want to encourage ApeCoin DAO voters not to push forward a system where we’re forcing users to lock away their NFTs in a contract.

So-called “soft staking” or non-custodial staking has been proposed by the community as a solution for this, but as was mentioned above this isn’t possible as the NFTs aren’t already programmed with that functionality.

Two AIPs (AIP-4 and AIP-5) were proposed to set up $APE staking, with the Yuga NFTs acting as a “key” to specific pools for additional rewards. For instance, if you staked $APE and used a BAYC as your “key”, you would get access to the BAYC $APE pool and its allocation.

Owners would continue to earn $APE until the end of the pool, until you unstaked, or until the “key” NFT was sold or transferred. If the NFT sold or stolen prior to unstaking the $APE, the $APE would remain locked and no longer able to be unstaked.

The “key” concept otherwise is desireable as staking the Yuga NFTs themselves would introduce additional risk. $APE is also considered a different project entirely from the Yuga NFTs.

Author’s note: I consider this feature to be interesting, but am too concerned with the loss implications, and would prefer to not stake my NFTs directly

If $APE migrates off Ethereum, the Ape’s aren’t coming along

As has been mentioned by Yuga Labs, they are recommending that ApeCoin move off of Ethereum for greater scaleability. They describe a new L1, but there is a good amount of support and discussion around moving to an Ethereum Layer 2 instead. e.g. Polygon, StarkNet, Optimism, Arbitrum, etc.

However, if ApeCoin is indeed moved to another L1 chain or L2 solution, that means the ecosystem will be fractured, separating it from the original Yuga NFTs. This could make things difficult—as paying in $APE while proving ownership over a specific Yuga NFT would be extra challenging.

Creating a new kind of NFT that could act as a proxy, or “shadow” of an original NFT could open the door to new functionality, and help safeguard valuable assets. Below we describe some prior art for this concept and explore how it could be implemented for BAYC/MAYC/BAKC NFTs and the $APE ecosystem.

I propose that we introduce a new contract able to mint NFTs that act as a shadow for original Yuga NFTs. This concept was inspired by 0N1 FRAMES by 0N1VERSE.

0N1 FRAMES are custom tailored for each of the 7,777 0N1. Traits such as the original 0N1’s mask and body type influence the 0N1 FRAMES and each is directly linked to it’s owner.

0N1 FRAMES are transferable but cannot be traded via open marketplace.

This is because each one of the 0N1 FRAMES are based directly on the original token ID. This is a continuation of the IP and guarantees ownership of the specific character and its derivatives as it evolves! 0N1 FRAMES will feature matching and unique new variations on traits!

0N1 FRAMES can be moved to other wallets and through the dApp, 0N1 FORCE holders can always recall their 0N1 FRAMES!

IMPORTANT: By selling or transfer of your original 0N1 FORCE NFT you also give ownership of the respective Frame to the wallet owner.

The 0N1 FRAMES contract can be viewed here.

This approach is novel as you’re able to hold the 0N1 FRAME as a proxy for, and separate from your owned 0N1FORCE NFT. For instance, an owner can maintain the 0N1FORCE NFT securely in their cold wallet, while keeping their 0N1 FRAME in a hot wallet for:

In the above described AIP-4 proposal where NFTs could be used as “keys” to gain access to NFT-specific staking pools for $APE, it left owners susceptible to loss or theft. If $APE was staked in an NFT-keyed pool, and the “key” NFT was sold, the staked $APE would be locked and lost. Further, if NFT owners are conditioned to interact with contracts with the wallet that contains their valuable NFTs, they may be susceptible to scams and hacks.

If the above described shadow / proxy / frame NFT was instead used as a key for specially incentivized staking pools, both of those risks go away. First, $APE would not be locked on transfer because the sNFT could be programmed with that case in mind. Second, since an sNFT can be kept in a separate wallet from the original NFT, one can keep the original in a cold wallet, and keep the sNFT in a hot one. If an sNFT is stolen or lost from a hot wallet, it can always be recovered by the wallet that still contains the original.

Here we describe the basic requirements needed to make this happen. It does not describe the means by which we achieve this, but instead the test that a solution must pass to be workable.

Claiming the sNFT and using it to prove ownership

Selling NFT right after staking $APE with sNFT as key

sNFT is stolen from hot wallet

I have the proposal doc that the board asked for almost ready, but you’ve given more thought into this being used as part of the staking mechanism. My proposal was leaning towards a generic, ownerless contract with a verification method that can be used by all NFTs, but require at least 1 $Ape to set up.

Felt like the above topic was closed prematurely, so glad you posted so the discussion can continue.

Also, I think Gordon mentioned on twitter they are building something internally, so I don’t know if we’re front-running something with existing funding behind it.

…and in case it isn’t clear, I will fully support anything we can do to avoid blind signing from our vaults! Whether it’s a generic, vetted, battle tested contract released by an anon or something fully funded by the ApeCoin DAO. I just want it to be good.

I do think we could build it generic and provide it as a public good for the community at large.

I have the proposal doc that the board asked for almost ready, but you’ve given more thought into this being used as part of the staking mechanism. My proposal was leaning towards a generic, ownerless contract with a verification method that can be used by all NFTs, but require at least 1 $Ape to set up.

Definitely seems like we’re swimming in the same waters!

The need is clearly there to have something that separates daily activities from needing to use the wallet that has custody over the NFTs.

Both proposals have a similar final goal, and yours is certainly less work from the onset. The Shadow NFT would be harder to implement, but would require less from those interacting with it vs. requiring custom code to interact with the signer contract.

Perhaps we could pair up on these two and find the right solution?

Also, I think Gordon mentioned on twitter they are building something internally, so I don’t know if we’re front-running something with existing funding behind it.

Yeah, I’ve seen that as well…so very curious what that solution will be. Going to see if I can get some attention on this proposal, and see if we can’t tease out something from the mothership.

I love it. You should call them Unique Signed Prints

It’s a super useful concept, not only for staking but for the larger utility space. I know a guy who is currently working on this exact problem. 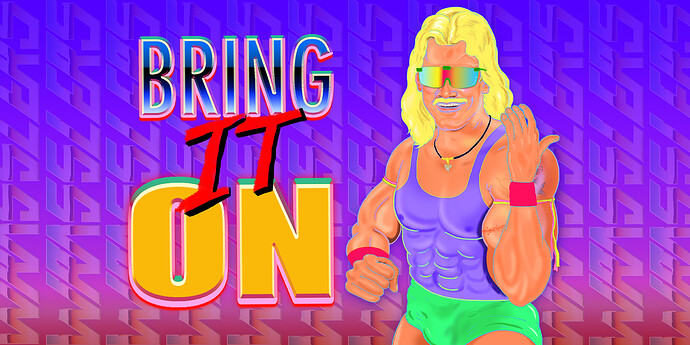 I’ve spent the last few months building Wrasslers, a blockchain-based battling game for NFT avatar projects that’s designed to be open and permissionless. While most web3 games are constructed as vertically-integrated walled gardens, the vision for... 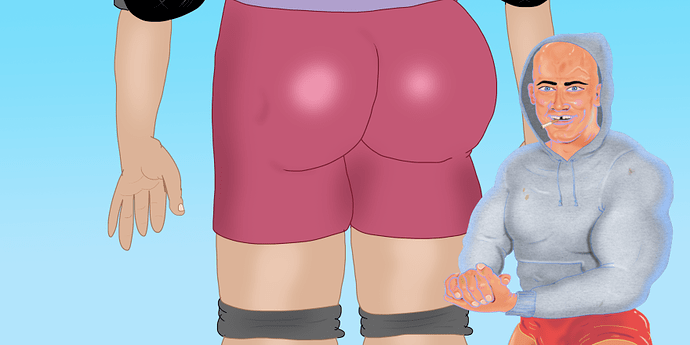 What frustrates me most about the current NFT space is how much attention is given to these assets as profile pictures. There are many innovative artists I deeply respect creating with this new medium, far beyond animal cartoons. But even if we focus...