Abstract:
This proposal directs Ape Foundation to add POAP NFT rewards for voters. These are distributed through the Snapshot voting system for users to keep & share on social media channels. This proposal also creates a 30 day contest to select 4 designs and reward its creators with 100 $APE each.

Motivation:
The strength of $APE is dependent on its utility, and $APE’s utility will only grow with high quality DAO proposals and high voter turnout. Therefore, it’s imperative we find creative ways to encourage participation in governance. Rewarding voters withPOAPs will create awareness on social media towards active proposals and encourage conversation around taking part in the voting process.

Rationale:
This AIP aligns with ApeCoin’s guiding value that 1 $APE = 1 Vote. Our community is strongest when all 90,000+ $APE holders are participating in governance and we believe rewarding voters with POAPs will help us improve voter turnout.

Contest for POAP NFT Creators:
The $APE community will invite creators to enter into a POAP NFT contest.

At the end of 30 days, the four highest liked entries wins the prize of 100 $APE and having their design featured as a POAP for rewarding voters on future AIPs. The 100 $APE will be delivered by the Ape Foundation after confirming eligibility requirements. Foundation receives all rights to future use of the mark.

Twitter Entries Powered By Art Gobblers: https://twitter.com/artgobblers
While the winners of the contest will be decided by the ApeCoin community, we want to engage with as many artist communities as possible to get the highest quality entries. Art Gobblers offers a free art drawing tool that’s used by a great community of artists. They’ve agreed to help the POAP contest by doing the following:

This is meant to be a fun way to engage with artist communities beyond these forums. Art Gobblers has a free drawing tool and experience hosting large drawing contests within the artist community. Here’s an example of a contest they did with Gabrielle Lydon https://twitter.com/artgobblers/status/1564728462811623424?s=20&t=USBWDbSAJXK-0HF9oHyNdw and the winner of the contest https://twitter.com/artgobblers/status/1567558319065206787?s=20&t=USBWDbSAJXK-0HF9oHyNdw. They may also reward winners that participate.

Overall Cost:
The total cost of this proposal will be 400 apecoin (100 for 4 winners) to be awarded in the POAP NFT contest. There are no additional costs expected for POAP NFTs to be issued.

Additional Information: I think it’d be fun for us to host a small contest for POAP NFT creation. These are NFTS that we can share on social media after voting on each AIP. Here’s a sample! 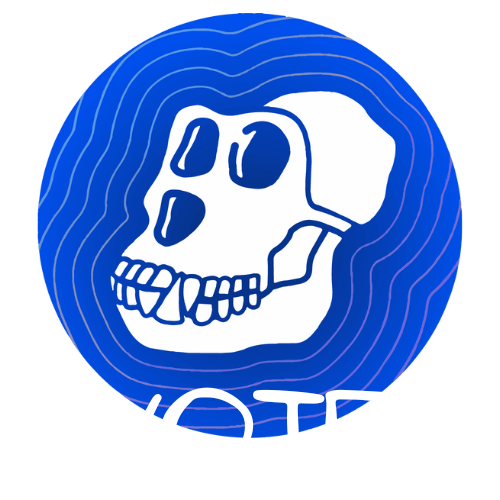 Note: I’m not an artist & will not be entering this contest. Contest is meant to encourage others!

Is there any reason not to request 300-500 APE and select 3-5 winners? Just thinking we may have some strong runner ups and would hate to lose them.

I like this idea. Select 3-5 and give some variety to the POAP. Maybe change it up once a month?

That’s a great idea @Lost & @RedVulkan ! It’ll add some variety to the POAPs offered.
I’ll update this to reflect a larger contest pool of 400 $APE to accommodate 4 winners!

I still havent figured out a process for using Twitter polling in the contest. Easier said than done to implement, so am open to ideas & suggestions for how contest voting can be run. Thank you both!

Love this! @Feld do you think we could piggy back off this competition for the Ledgers / POAP that we’re doing with Ledger Quest?

For some context, Ledger is creating educational content programs to help people keep their crypto safe. They’re working directly with different communities to come up with the curriculum and to give people a special NFT that says they completed the curriculum. Feld and I are working with Ledger to do something special for the ApeCoin community - Boring Security will likely help put together the curriculum, and then the first 1,000 ApeCoin community members to complete the course will be given a free Ledger.

We’re still finalizing the details, but we’d like the Ledger’s to be customized for ApeCoin (see this for example). We also want to give a POAP to everyone who completes the course.

Maybe it’s too difficult to combine both our art contests, but wanted to mention because this is something we’re going to need to organize soon as well, and we all might get better submissions if we combine efforts vs keeping them separate.

@feld what do you think?

If our timeframes match up, yes it’d be really easy to drive traffic to these contests. This AIP is fairly simple so it should move through the process quickly. I imagine, if approved on Snapshot, that it’ll run through the month of October. For marketing, the plan is to go onto big twitter spaces like OnchainTV and several of the larger artist spaces to bring attention to the contest.

One option would be to have two contest threads running. Additionally, if it would be helpful to add in a reward for the Ledger Quest POAP contest winner, i’d be glad to write that into this AIP.

Whatever works best for you and @Feld. Just let me know how to help!

Let me circle up with @feld and Ledger team to figure out specifics on timing. If it works out would be great to have two contest threads running and have an additional reward for the Ledger Quest POAP contest winner.

Would be cool to have a “March Madness” style bracket where the 8 or 16 finalists from the Discourse voting are randomized into matchups and the official ApeCoin Twitter account could post polls for these.

Excellent Idea. It would be cool if the POAPs can be accumulated for future reward tiers, similar to the way that 10KTF is doing it with the badges from their battles.

Love this! Some quick thoughts:

I like @Lost’s idea of having multiple winners and changing up the POAP. Maybe the contest could be a reoccurring thing over time too? Might help to keep the DAO on people’s radar.

I also like @Brooklyn’s idea of accumulating POAPs for future reward tiers.

My main concern is that the novelty of a voting POAP might wear off over time unless there’s incentive to keep accumulating them.

Could it be similar to how 10KTF does it with their badges? Let’s say you vote on all proposals for the year, you get some kind of reward.

I love the idea of gamifying voting with POAP!

Maybe we could put it on each team to create an optional POAP for voting on their proposal, this way we have a repeatable process to source all of the art for each POAP.

On our end, we have a great artist could could possibly help if this passes. Here are some POAP-like assets she made for Vy Worlds. 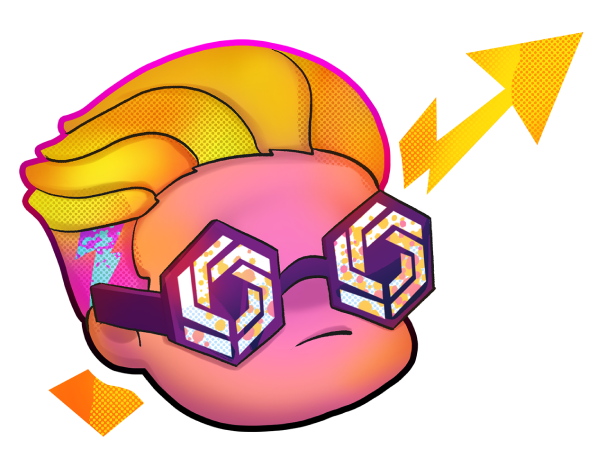 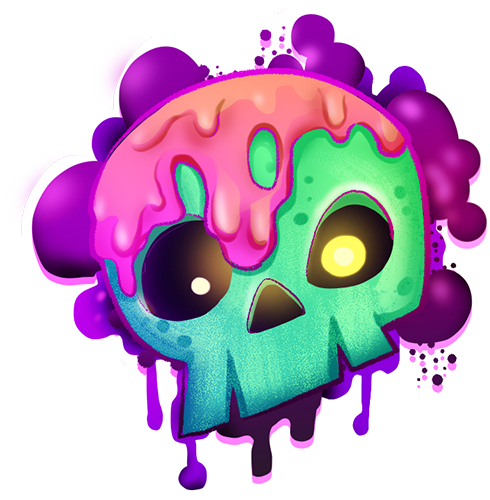 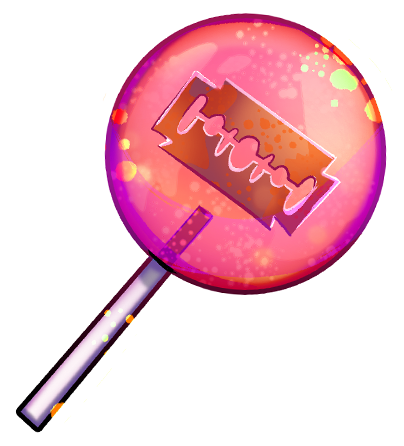 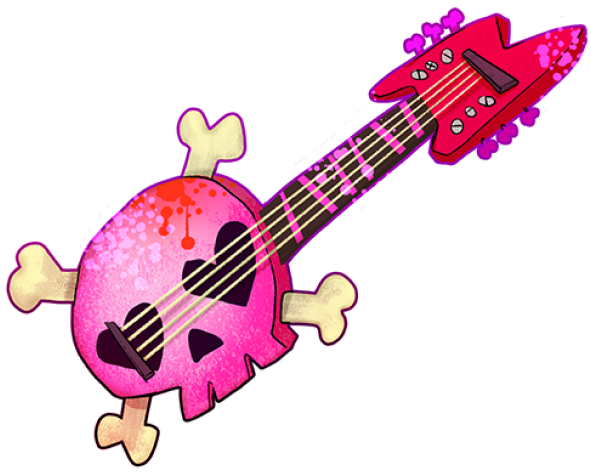 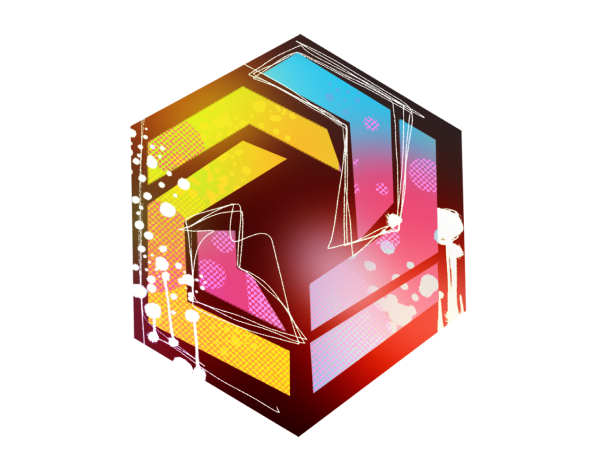 Great discussion today. Thanks for getting involved & helping grow the idea everybody!

We could do a rewards system. It would be cool to redeem them for an event ticket, or a t-shirt item, even $APE rewards could be possible! If complex or expensive, itll require addtl proposal.

I’m not knowledgeable on how to redeem POAPs for rewards but will look at 10KTF & some other cases that are similiar. It’s worth looking at to promote longevity. Lets do some research!

@fridayyy’s recommendation to have proposers submit optional POAPs is a really good idea. That’s something that we can write directly into this proposal with no added costs or difficulty.

I’ve made the following updates:

If agreeable, Ledger POAP would read as:

The grand prize design winner will be rewarded 250 apecoin to be delivered after confirming eligibility requirements. Ledger & Foundation will receive all rights to future use of the mark.

Draft note: My reasoning for the note & eligibility disclaimer is so that Ledger collab can move forward without risk of delays. A designer from a sanctioned country would forfeit reward.

On having future contests: Let’s start with one & we can easily create addtl proposal such as “add and update POAPs for 2023” we can also look at doing a rewards program the same way!

Maybe ApeCoin Proof of Attendance Protocol could be called POAPE

– after all, no-one knows how to pronounce POAP anyway –

I’m happy w/ the feedback given & am ready to move to the next stage. Thank you to everyone for adding to the idea & giving good feedback. We’ll look at how to integrate ways to use these poaps through future proposals. If successful, itll be fun for the DAO to have a contest for POAP designs!

Might I suggest a slight caveat and instead of using a POAP on xDAI, rather a non transferrable NFT on Ethereum Mainnet?

The rationale there being that if I were to be the person to vote, that reward should be “Soul Bound” to my wallet and not transferrable / sellable on the open market.

This could be a step in the direction for building out “reputation” within this DAO that otherwise doesn’t exist yet. Happy to hear thoughts on this one