This AIP improves the delegation experience by adding an application process and allowing users to easily delegate and re-delegate directly from the ApeCoin site.

Delegation is a common mechanism used by DAOs to ensure better representation and participation within their communities. Gitcoin, Compound, and ENS have all implemented delegation mechanisms, ensuring the DAO represents the interests of members who can’t personally consider and vote on each proposal.

The motivation for this proposal is to improve the UX for delegating ApeCoin, as well as provide a better process for users to identify delegates aligned with their interests. While anyone will be welcome to self-delegate and vote independently, we know not all $APE holders can commit to take an active role in the APE ecosystem. An improved delegation system will allow the individuals and groups who want to take an active role in APE governance to have their voices heard.

Many $APE holders don’t have the time to participate in governance and would prefer to delegate their votes to a peer. The current Snapshot delegation system is opaque and unhelpful because users need to know the wallet address of the delegate, and there is no easy way to identify how the delegates will govern.

We propose creating a dedicated site for delegation. Delegates will answer a few basic questions about how they would govern, and delegators will be able to filter and search through their responses to find a delegate aligned with their interests.

There are three improvements made in this proposal: 1) Process For Delegate Applications; 2) Dedicated UI/UX for Delegation; 3) Creation of Governance Leaderboard; and 4) Open Sourcing the tech

These updates to the delegation experience should make it easier for holders to delegate, and should indirectly increase voter participation in the DAO. It also creates a democratic system by which any community member can have a meaningful impact on governance, regardless of their financial status or how much APE they own.

Overall Cost:
Up to $150,000 APE pending milestones being met

Here are our estimated project hours broken down by function and category.

APPENDIX: APECoin DAO Delegate Applications
After connecting their wallets to the delegation site, users will be directed to answer the following application questions:

ENS name or wallet address:
Reasons for wanting to be a delegate:
Web3 qualifications / skills:
What voters can expect of you:

Delegates who submit an ENS name must set their Primary ENS Name to the ENS name chosen Do this at app.ens.domains > My Account. 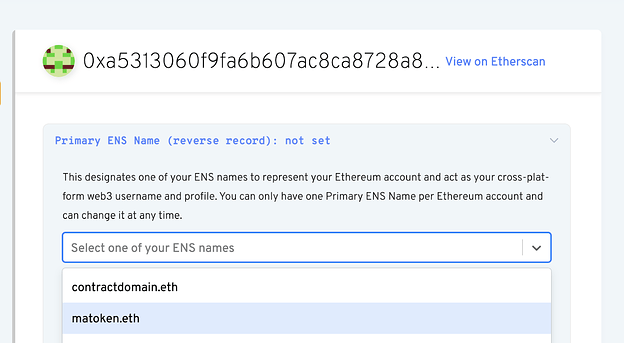 That’s it! You’re all set to become an ApeCoin delegate. Start campaigning for your delegation to garner support from the community.

Reasons for wanting to be a delegate: Simply put, I want to be a leading voice of the DAO but I don’t have enough Apecoin to have a vote that carries as much weight as the votes of the Apecoin whales. Becoming a delegate will allow me to increase my voting power to have a larger impact and be a “voice of the people” so to speak. I am currently an author of an official Apecoin newsletter (Vulkan’s Vote) and am in contact with many community members discussing their proposal ideas. I want to use my involvement with the community to be an advocate for them in the voting process and ensure their best interests are kept in mind.

What voters can expect of me: My “Vulkan’s Vote” newsletter analyzes each proposal that advances to the Live AIP stage as well as other intriguing proposals in the AIP idea and AIP Draft stages. Every Monday, voters can expect me to provide this analysis as well as reasons why I voted for or against each proposal. I am dedicated to doing everything I can to ensure proposals that pass have the best interests of the DAO in mind. I want to be a “voice of the people.”

[OPTIONAL: DELEGATES CAN SELECT VARIOUS CATEGORIES THEY ARE INTERESTED IN. THIS COULD ALLOW DELEGATORS TO FILTER THROUGH APPLICATIONS]

This is just a draft, not the official delegation application!!

If this AIP gets to a vote and is passed, then we will set up the official delegation application section on the Discourse.

Haha I was thinking that too but figured I would post just in case so I didn’t miss out! Sorry for jumping the gun!

With that in mind, think there are a couple of options on how we can support, let me know if any interest you!

Happy to hop on a call to discuss options and figure out how best to partner! Feel free to respond here, DM, or happy to share my Telegram.

Hey!! We mapped out Boardroom in our architecture for the system

Responding to your specific points:

Thank you @maariab for your ideas and the ApeCoin DAO community for the thoughtful discussions. A moderator will get in touch with the author to draft the AIP in the appropriate template. Once the AIP is drafted and meets all the DAO-approved guidelines, the proposal will be posted on Snapshot for live official voting at: Snapshot

Follow this Topic as further updates will be posted here in the comments. @maariab please see your messages for the next steps.

@maariab has completed editing their AIP Idea to be their AIP Draft.

We have sent a list of questions to the author.

@maariab has responded to our questions and they are in our review once again.

it’s a great proposal if dfelegation is good. It is probably needed in some capacity.

However, there is one happy compromise that keeps those who vote close to what they actually care about while limiting a single whale from hijacking a vote (e.g. allocating 10 million apecoin to themselves for only buying 3 million apecoing to buy the vote!). That compromise is to have special delegates per category and they can only vote on those categorties. For example a marketing expert delegate can better vet marketing AIPs and a game expert delegate only care and is good at vetting gaming.

Having global delegates that can vote on all things ensure that they will have disproportionate power in domains that they might not have expertise in, despite having very good expertise in other areas.

But i’ll vote yes on this and perhaps in the future can propose a category system AIP. Let’s get this done.

This proposal is live for Snapshot vote at Snapshot . The voting period closes next Wednesday at 9PM ET.

The voting period has closed for this proposal and it has been accepted with a 99.26% pass rate. The proposal will be passed on for implementation.